Dancers are a special type of athlete whose art form is physically rigorous (Russell, 2017). As in sport, the dance performance is not a single act. It is a rather complex phenomenon which depends on a large number of elements, like the aesthetic and technical sides of the art (Koutedakis, 2004). Dancers possess are extraordinary physical attributes and abilities. The feet and ankles comprise just one region of the body where this is true (Russell, 2017). This is characterized by the use of repeated motions (Wilson, 2008).

Improvements in the muscle’s ability to generate force seem to be a way for dancers to enhance their performance. Muscle can undergo adaptations to physical training resulting in increased maximal tensile strength. However, strength has not generally been considered as a necessary ingredient for success in dance. Ballet dancers have little muscular strength, as measured in the overall body. This can partly be explained by the facts that in ballet dancers the skeletal muscle accounts for just 38-43% of their bodyweight (Koutedakis, 2004). To build good muscular tone and an efficient intrinsic foot musculature, which are critical for ballet dancers (Masso, 2004).

These muscles may contribute to the plantar flexion required in standing on pointe:

■ Gastrocnemius: Is identified as the key muscle used in going in demi-pointe. The gastrocnemius has an important role in the dynamic phase.

■ Soleus: Is the key muscle used in going over and standing on pointe. The soleus has a greater function during the static phase. (Masso, 2004)

■ Plantaris: Has not been studied very well, because its position positioned under the gastrocnemius and soleus (Russell, 2008).

■ Abductor hallucis: Has a greater activity in the sixth position

■ Intrinsic muscle function (Koutedakis, 2004): Standing on both feet on pointe requires a stable plantar arch, because of the standing on pointe may lead to a destabilization of the arch if the above named muscles are not working properly (Masso, 2004).

In ballet dancers, the plantar flexion muscle strength is 40% greater in comparison to the norm in normal healthy person. However, these measurements have not been taken in the turnout position that is normally used during dancing on pointe shoes (Hamilton, 1992).

Accurate and reliable measures are essential to gauge the effectiveness of treatment and monitor the progress of a dancer over time. The gold standard for objective strength assessments in the research are electromechanical dynamometers (EMD) that measure force production. However, these devices are large, expensive and time-intensive (Marmon, 2013).

In the clinical practice muscle strength is traditionally measured by manual muscle testing using the medical research council (MRC) grades (Rose, 2008), but has limited sensitivity (Spink, 2010). A number of studies have shown that the subjective nature of this test results in poor reliability and is insensitive to changes in muscle strength (Spink, 2010). Force measured with a hand held dynamometer (HHD) will likely be more accurate for adults and individuals with greater strength (Davies, 2015). A HHD is a portable device that can be used to obtain more discrete, objective measures of strength during manual muscle testing (MMT) than can be achieved via traditional MRC (Kelln, 2008). HHD is easy to use, portable, inexpensive, requires little training for proficient application (Marmon, 2013) and these devices are an appropriate and convenient method to assess muscle strength in a clinical setting due to their strong reliability and validity when compared with expensive laboratory based dynamometers (Mentiplay, 2015) . A dynamometer measures pressure, thus MMT using a dynamometer is a simple method for measuring muscle strength in the lower extremity (Seong-Gil, 2015).

Seong-Gil found the HDD has a high intra-rater reliability (0,966). The inter-rater reliabilities were also excellent (0,868) for the plantar flexion strength of the ankle (Seong-Gil, 2015).

A concern of testing the strength is the interdevice reliability. There are a number of manufacturers producing hand-held dynamometers, and studies have shown poor interdevice reliability between devices from different manufacturers as well as between two separate devices of the same manufacturer (Spink, 2010). Absolute results between separate studies should be treated with caution and that normative values established with one device may not be appropriate for reference to a subject measured with another device (Spink, 2010). However, as no previous studies on the strength of the plantar flexors in female ballet dancers who dance on pointe shoes exist, there is no comparison possible with other outcomes of studies.

HHD has been shown to be a reliable, valid, and sensitive measure of foot and ankle strength. Assessment of ankle plantar flexion strength can have variable reliability, especially with higher plantar flexion forces (Davies, 2015). The plantar flexors are one of the strongest muscle groups in the lower extremity. These muscles are responsible for forward propulsion during walking, support and propulsion during running, controlling ankle motion during stair descent and attenuating impact forces during jump landings. The examiners muscle strength must be sufficient to hold the dynamometer stationary in response to the participant’s force output (Marmon, 2013). That is why previous studies showed to measure the strength of the lower extremity movements isometrically and shoes to use the ‘make’ rather than the ‘break’ technique (Kelln, 2008). Kelln (2008) concluded as long the examiners have a mechanical advantage over a subject along with the necessary strength to isometrically resist a given movement’s maximal contraction, reliable measures can be expected. Therefore, he minimalized the lever by doing the plantar flexion measurements so the ability of subjects to overpower the examiners was minimalized. Davies (2015) immobilized the HHD, thereby minimizing the examiners influence on strength measurements.

Subjects were positioned supine on a height-adjustable, physical therapy table, with both feet resting off the end of the table (Marmon, 2013). The hips and knees were extended (Spink, 2010). Subjects were instructed to grasp the side of the bed with their hands to avoid sliding. Subjects were advised not to use their hands and arms to push themselves down during the test (Marmon, 2013). The foot was first placed in a maximum plantar flexion so the tip of the first toe are touching the wall. Then, the MicroFet2 was placed between the wall and the metatarsal heads just proximal to the first metatarsal heads (Spink, 2010), so the foot was placed in a submaximal plantar flexion (like the position of coming to a stand on a pointe shoe). Moment position during the test was kept constant (Marmon, 2013).

The subjects were instructed to do 3 maximal isometric plantar flexion contractions. (Davies, 2015). Verbal encouragement was given by the examiner (Marmon, 2013). In between every contraction, there was a 30 sec pause (Davies, 2015). 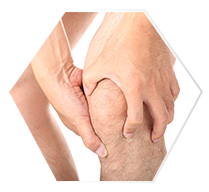